"Mom, how many days left until the costume party? I think I might be a ballerina this year… and I will be a ladybug" were the words of my children. At last, the day of Vega IT costume party finally arrived.

During the last year we have grown as a company, so now our colleagues have more than 30 children in total. This year marked the gathering of pirates, bunnies, soccer players, knights, Spidermen, doctors, witches, bees, tigers and lions, and even some sheiks, imagine J Three full hours of entertainment program, including socializing with various fairy tale and cartoon characters. The delight was endless, and this was best seen on photos of the children's faces which are a permanent record of their enjoyment and satisfaction. After all, pictures speak louder than words. We, the parents, were left breathless as well. 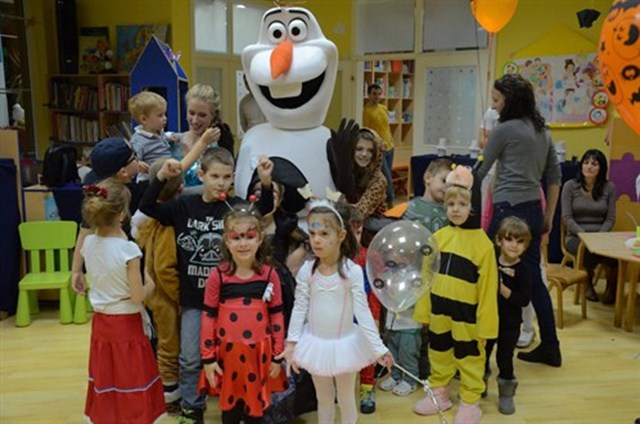 "Mom, we had an awesome time and can't wait for the next year and the next costume party… We will be 5 years old and we can disguise as doctors or witches".

The greatest joy for parents is to see their children happy and satisfied. All of us are looking forward to the next year and the next costume party. We have plenty of time to figure out which costumes we will prepare.

This is just one of numerous activities organized by our company for our colleagues and members of their families. As a mother of two, I believe that such activities are very important, since we spend more than 1/3 of our lives at work.

It is an honor and a privilege to be a part of the Vega IT family! #LifeAtVegaIT

A natural overachiever, Biljana brings almost a decade of experience as a financial officer to the company. She attributes her success to persistence in overcoming seeming obstacles and adaptability concerning interaction with the various personalities one encounters in the professional world.