Vega IT at a local job fair

As a student, you depend on the guidance of those who have gone before. Mentors appear in the form of professors, masterminds, and occasionally textbook writers, and if you are fortunate enough to find one that inspires you sufficiently to drive onward to your goals, consider yourself favored by the Fates.

…Well, that's one way to look at things…because sometimes it's just a matter of being in the right place at the right time. For example, if you were at the University of Novi Sad across the 3rd and 4th of April, and you dropped by the IT Job Fair at the Faculty of Technical Sciences, you would have chanced upon a number of booths stationed by various local firms intending to make students and jobseekers aware of their presence on the scene. Amongst which, situated prominently and colorfully, was a pop-up for Vega IT. 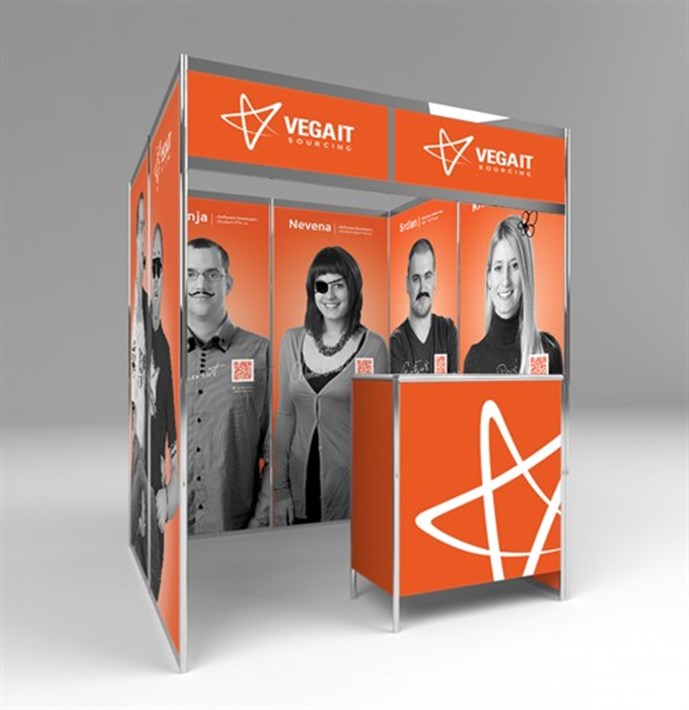 The joint creation of two of our brilliant creatives, Jovica Sevic and Irena Lomenova, the booth was designed to draw students' attention to the idea that Vega is built from people, for people. Of the numerous programming languages and their countless applications, none would exist without the influence of their builders and programmers. Our employees are our greatest commodity. Every person on the staff personally represents Vega's mission to provide outstanding custom service. We were founded on an idea, but we are maintained by an attitude. 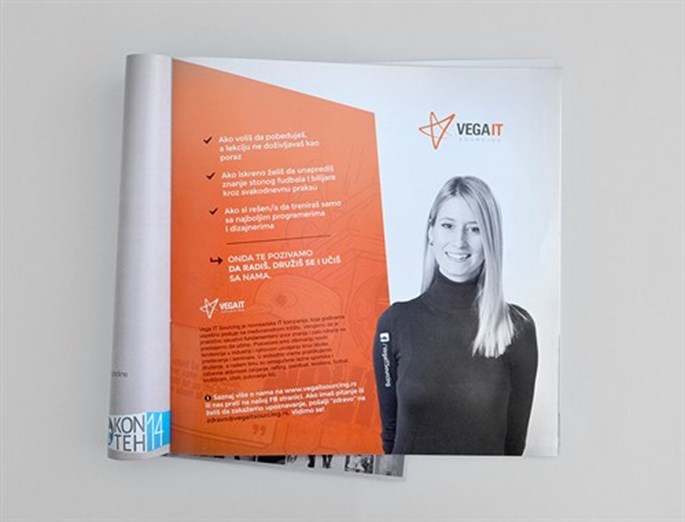 Following the trend of establishing a more paperless world, we posted a QR code in easy-to-find places all around the booth to enable curious scanners access to all of Vega's vital information without generating an excessive amount of paper-based fallout.

Because all work and no play is just boring, and maybe because we want to attract the kind of people that are like us, and like the things we do, we decided to spin self-promotion into a challenge and kind of game. We invited everyone that showed interest to take a selfie at our booth, with the incentive to snap away being the prize of our new company t-shirt for the top 30 most liked photographs. 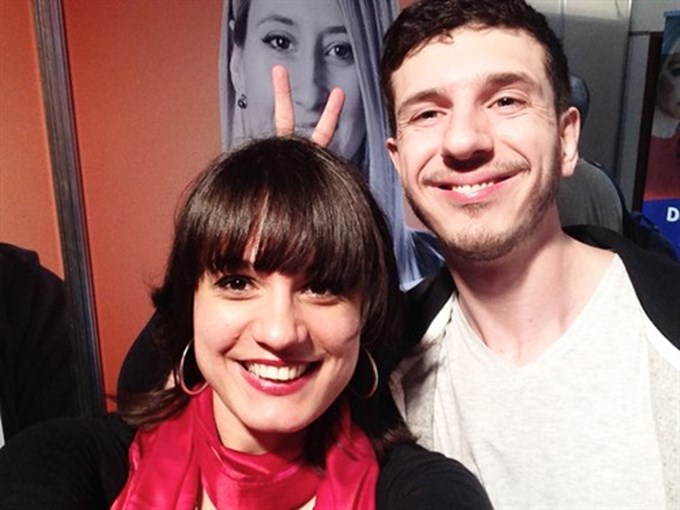 The selfie contest and the t-shirt go beyond PR, though, because it taps into the vitally important issue of vision and identity that Vega strives to uphold. The t-shirt, conceived and designed by us in the office, was also made and printed here in Serbia. We are a community business. We hire locally and promote from within. We believe that the stronger our business becomes, staffed by programmers and designers unified under a certain standard of excellence, the more we can give back to the community. 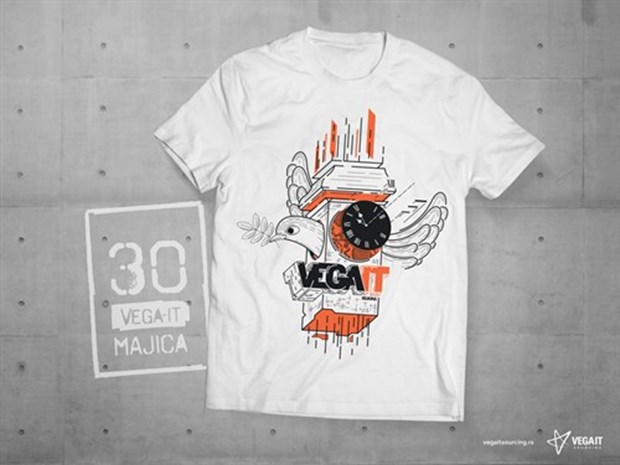 Maja's nonstandard approach to marketing has developed over the last half decade. She can hear the heart beat of the Internet.